Pingla Thana Mahavidyalaya is located in purely a rural setting at Maligram, in the south-east region of Paschim Medinipur and possesses an illustrious history of continuous development since its very inception. The college came into existence on 19th August, 1965 with the sincere effort and patronage of some distinguished educationists and well-wishers of the locality who committed to spread the light of higher education in this remote area. Even the land of the campus of the college was initially donated by the people of adjacent locality and was developed by them with their spontaneous physical labour. The College acquired the privilege of affiliation initially from the University of Calcutta for imparting three year degree courses in Arts and Commerce stream. Subsequently, the college was affiliated to Vidyasagar University, Medinipur in the year 1985. The extension of affiliation in new courses of study paper writer in B.A., B.Com. and B.Sc.(Hons. & Gen.) has led the almamater to win the distinction of being one of the few pioneering degree colleges not only in Paschim Medinipur, but also in the national scale after accruing the accreditation grade as “B++” College in March, 2007. The College is advancing with the effective endeavour to translate its mission and goal as a “Model Rural College.”

From 1965 to 2015, 50 years a long journey we have made, though not always smoothly. This year is the Golden Jubilee year of this college. We have taken many welfare programmes like testing of blood group of the students, covering BPL students under the umbrella of LICI, awareness programmes like Gender sensitization and sexual harassment in the working place, awareness on criminal and civil laws, educational tours and seminars organized by different departments of the college and we have many other programmes in near future. Our college gate has newly constructed and named as ‘Golden Jubilee Gate’.

We want to shape this institution as an ideal educational institute and to make it a best Rural College in Bengal by 2020. The College is advancing with the effective endeavour to translate its mission and goal as a “Model Rural College.” 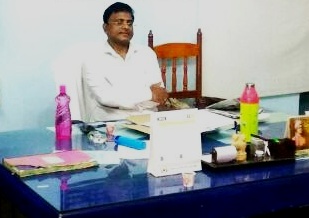 Message to my beloved teachers:

Message to my dear students:

Message to all Parents:

Life is a journey. Path may be straight or curved. Destination is our determination. Instinctive urge for expansion and growth of this Mahavidyalaya, seeks whole hearted support from all parents and Guardians.   Read more